The Maine Coon is one of the most adored felines there are. They are unique animals in every way. They are recognized by the fur, by the muscular body, They originated in Maine, just like the name says. But what do we know about their personalities? What makes the Maine Coon so perfect in the world of felines?

The Maine Coon does seem to act like their canine cousins, so it should not be surprising to know that some Maine Coons will be found playing fetch.  The Maine Coon is one of few breeds of cats that seriously crave having human interaction. They have been known to follow their humans around the house and chitter with them.

You see, A Maine Coon doesn't meow like a boring regular cat. The Maine Coon believes in setting itself apart from other felines. This is the animal that will carry on a conversation with you. The meows are very quiet and low, however, they will chitter, chatter, and make loads of other verbal sounds that draw you into his or her conversation.

Affection is and should be the first personality trait we mention. These gentle giants love to be loved, and love to give love back. Their humans are the center of their world and they will do what they are capable of doing to show their love to the humans in their life. There may be a time or two that you wake up to your furry feline grooming you. This is one of the methods they show love.

There will never be a doubt about whether your Maine Coon loves you or not. They are extremely good at showing you how much they love you.  When they curl up next to you and begin kneading the bedding, the furniture or you, that is a guaranteed sign of the love they have for you. This is also the time they are preparing to lay down and sleep. They will begin to purr very loudly and before you know it, they are curled up with you helping you fall asleep to the kneading and the rhythmic purring.

Loyalty is sometimes hard to find in human friends. Fear not, the Maine Coon has no problem being loyal. This cat will conquer heaven and earth to remain by your side. Maine Coons form deep bonds with their owners. If there was ever a serious issue where you needed to be gone from home for a period of time, your Maine Coon will find it difficult to be without you. He or she will choose to stay by your side no matter what!

Playful can hardly describe the Maine Coon properly. This cat is one that may be found playing fetch with its human. They enjoy interactive toys, enjoy playing with their humans, no matter what the game is. This could make it difficult if you actually have a game night at your place. The Main Coon wants to be part of the game. The Maine Coon loves to play, they will attempt to get you to come play also, but they are just as happy playing if they have to play alone with their toys. 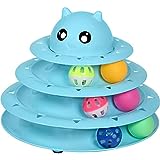 Intelligent can barely explain the smarts that the Maine Coon has. This furry feline, with positive reinforcement and training, can learn to use the litter box, play fetch, learn its name and may also grasp onto the basic rules of the household. Just as a canine does, the Maine Coon can be taught tricks also. Fetch could be just the beginning. The interactive toys are best for this active cat.  They enjoy lifelike toy mice to play with, the cat toys where there is a spinning toy that they have to chase and attempt to catch.

The Maine Coon Cat loves water! It is truly bizarre as felines have an instinctual hatred of water. The Maine Coon may actually enjoy being bathed periodically. You may find them playing in shallow water or playing at the water bowl and splashing the water.

These cats are resilient. Originating in Maine, the cat has been bred to withstand some of the harshest of weather. Even the fur allows water to run off. Their paws have furry tufts to protect the paws from the cold snow and ice.

Your Maine Coon will prove to be extremely social. Many breeds of cats will run and take a nap far away when guests come to the home. Not the Maine Coon. He or she will not run from strangers in the home. She wants to meet them and know who they are.

The female will be less sociable at first. She will, however, make up for it later. Do not take this with the wrong meaning. At first the Maine coon will be leery and run to hide. Once they realize that these new people are people that ‘belong’ to you, they will begin to seek out their attention. 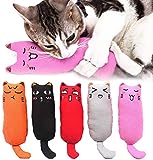 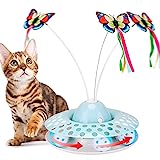 What you will find when it comes to the difference between the male vs female Maine Coons is that the male will be more outgoing at first. They are more sociable, friendly and also, more needy when it comes to garnering human interaction.  The male is also more comical than the female, a natural clown.

The male prefers to be the center of attention in the house. The female Maine Coon is going to sit back and study people before she decides to interact with them. The female does not require as much attention from the human, but is still extremely friendly.

If you are someone who wants a furry friend so that you have someone who will talk to you and pretend to listen to you, the Maine Coon is the cat you want. They chitter, and do what many people call chirp. The Maine Coon will make a lot of sounds vocally, but you will seldom hear an actual loud meow. The meow comes out very softly. The sounds may make you question if someone snuck a baby kitten in because the voice is very high pitched.

Once your Maine Coon decides to loosen up and show you all the love they have, they will follow you everywhere. They will act as though they are going to help you with the task you are doing.

The Maine Coon, also known as the Gentle Giant in the feline category, is not an aggressive animal.  They do not get angry, no matter what is done to them. They may run off and hide for a short time. There are times that a Maine Coon will need some assistance getting certain areas cleaned. Cats, in general, do not appreciate this being done to them. She did become angry and upset. I thought for a minute or two she was going to bite me, but she turned her head away instead.

When it appears that a Maine Coon wants to bite, they open their mouth and will lightly touch the area on you with their teeth. But, they rarely bite hard. That is due to the affection they have for you. Around little children, they appear to understand that they are small and do not know better. Unless the child actually attacks or purposely hurts the Maine Coon, they truly are the Gentle Giant.

Even if there is more than one pet in the home, this furry feline will be gentle with them also. I have seen a home where there were two cats, a Maine Coon and a regular tomcat. The tomcat will try to play with the Maine Coon by slapping it with a paw, the Maine Coon will just sit there. The other cat will soon slink off to find something else or someone else to pick on.

The Maine Coon on the other hand, will do the best they can to cuddle with the other cat just to go to sleep. Even trips to the vet, although traumatic, they will still be calm and want to cuddle when they are taken out of the pet carrier. The Maine Coon may remain jumpy, but he or she trusts you unconditionally and the love is always there, as is the forgiveness for taking them somewhere they do not want to be.

There is one odd trait that the Maine Coon cat has, I have never seen any other cat do. The Maine Coon likes to use his or her paws for everything! You may even get the chance to see them eat their food by using the paws. You will also notice how when the Maine Coon is sleeping next to you, or just cuddling, she or he will always have at least one paw touching you.

If the cat falls asleep, they will still touch you once in a while with their paw to be sure that you are there. If they do not feel you with their paw, you can bet real money that cat will suddenly be wide awake and out looking for you.