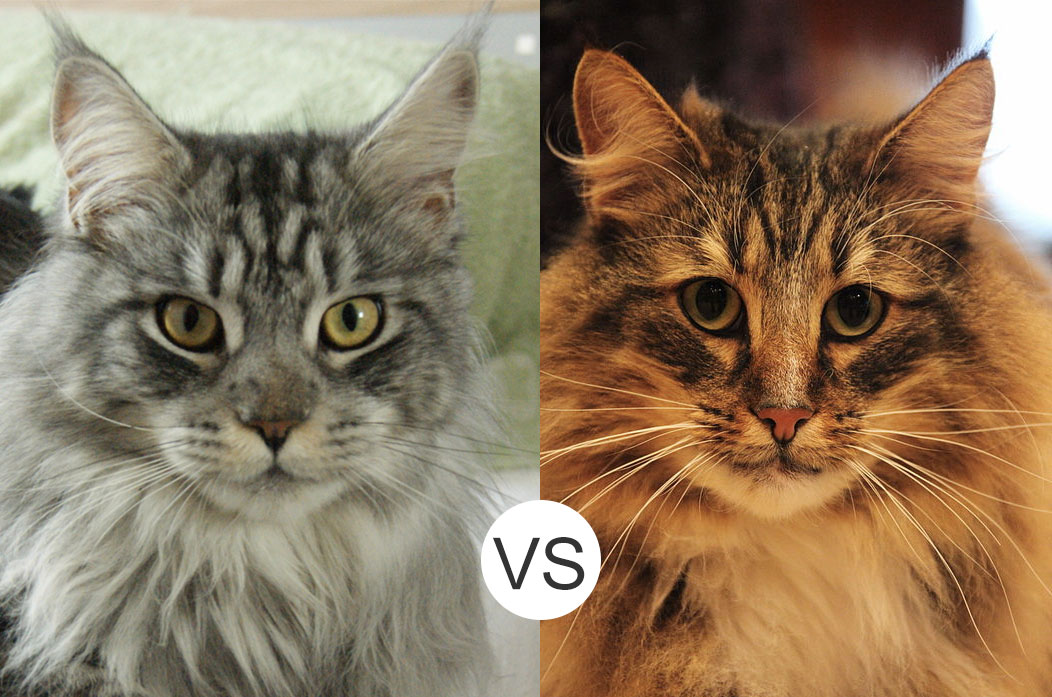 What Are the Differences Between Maine Coons and Norwegian Forest Cats?

They are both large breeds of cats. They both have long silky coats. They are both well known for being outgoing and friendly but there are some differences in both appearance and personality. Maine Coons are well-known for their intelligence and their ability for quickly learning new things.

Maine Coons also really enjoy the company of people and are very loyal. Norwegian Forest Cats are also very intelligent and easy to train, but they are not that interested in the loyalty part if you are not willing to interact with them.

Maine Coons are notorious for their kitten-like playfulness while the Norwegian Forest cat is sort of on the lazy side. They prefer to play a little than lounge about, while the Coon will keep on playing as long as you are willing to play.

Coons can easily be trained to walk on a leash with a harness which has earned them the name of the “dog of the cat world”.  Norwegian Forest Cats are not that interested in being someone’s “dog”.

Their appearance is very similar but the head shape is different and the coat is also a bit different. Both are very fluffy, but the Norwegian Forest cat has all around even length long hair. The tails are also a bit different.  The hair on the Norwegian Forest Cat is long and sweeping while the Coon’s tail is more of a big fluff without any real direction.

The shape of the head is the most telling sign. The Norwegian Forest Cat has a triangular shaped head with a straight nose and a flat forehead. The Maine Coon has a wedge-shaped head with high cheekbones.  The Coon also usually has a happy looking face.

These are both very well-loved breeds because they are beautiful and have great personalities. They are great additions to any home. They are both good with children, although the Maine Coon does get a few extra points in this arena for their calm cool ways with children.  They are far more alike than they are different.