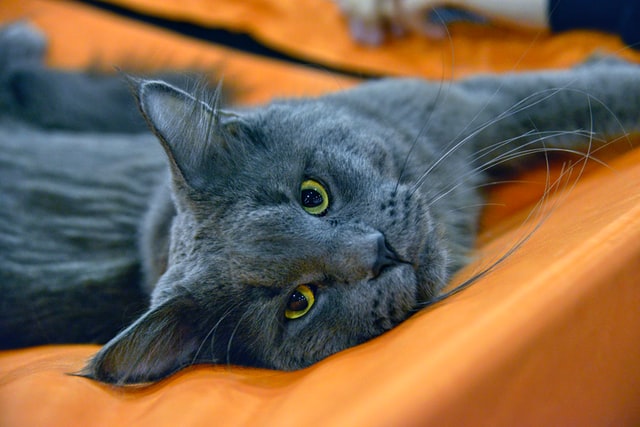 Maine Coon is one of largely domesticated breed of cats. Not only known was their appearance but many people adopt and train them for their hunting skills. They are very sharp and active cat breed.

Americans love to have a Maine Coon cat in their homes and very attached to them. Having a cat is one thing, but naming them is one of the biggest challenge everyone faces. However, don’t worry we’ve got you covered.

We are here to help you decide a fancy name for your Maine Coon cat and how you should consider a fancy them.

How To Choose Fancy Names For Maine Coon Cats

For some people a name is just a word, but it plays a very important role on the cat. The name is their identity and helps them develop it gradually. Don’t just quickly name it without giving it a thought.

Take your time and act like you are thinking of a name for your baby and what would suit them the best. Here are some factors that you should understand before choosing the right name for your Maine Coon cat.

The appearance of your cat matters the most while considering a name for it. If you consider the appearance, choosing a name would become a lot easier for you.

By appearance we don’t only mean its color, but their hair and gender also are included.

Something To Create A Memory

Candid names would be great but that wouldn’t make you connect with them like you can if you name them after a family member or someone you were really attached to. This would help you remember them and revive the name in your family again. The name of your Maine Coon Cat can also be influenced be your culture and differentiates it from others.

Naming a cat something that would be a difficult to say or pronounce would be the last thing you would want. Therefore, consider a name that would be easy to say and understand.

Many people choose a complicated name for their Maine Coon cats and then half of their time is wasted on explaining others what it means and how to pronounce it. This is why you should keep this factor in mind before choosing a fancy name for you Maine Coon.

However, naming a cat that would suit its personality would make it better for you to observe the unique traits of it.

Your Favorite Character Of A Movie Or Series

If you are a Marvel or DC comics fan or follow some other famous personality. You can consider their name to show your love and support towards them. Some diehard fans do this and it helps them increase their fan love of that celebrity.

These were some of the main factors you should consider before choosing a fancy name for your Maine Coon cat. It would make the job easier for you. Knowing these factors would open many options for you as well.

Now you would already have some names in your mind. However, let us suggest some fancy names as well so you can have more options to choose from.

The names we are going to suggest are just some recommendations that we would like you to add to your option. It is in your hands to choose the name that you think would suit the best.

Who wouldn’t know the popular cat, Garfield. Many of are grown seeing the famous animated show and have a special memories connected to it. Not only to show your childhood memories for Garfield, but here are some reasons why should consider it.

If you are a Hunger Games fan, then you would know who we are talking about. Buttercup was not only just a cat in Hunger Games but represented cats who have been through a lot. And how it overcame its fear and showed its gentle side.

If your Maine Coon is furry and has an orange shade, Buttercup is a name that we would like to suggest. Not only due to the character connected to buttercup, but it is a cute and adorable name. It would suit the best if you have a female Maine Coon.

Milo would be great name for your Maine Coon if it has a Canine partner in your house. Yes, Milo from the Milo and Otis is what we are trying to connect here. The movie of 1986 is what many of us have seen in our childhood and found the team of Milo and Otis adorable.

Don’t worry, for this you wouldn’t have to name your canine Otis.

Maine Coons are usually clever and sharp cats. If your Maine Coon is showing these traits, then Winkie would be perfect name for it. Observing traits of your Maine Coon would be time consuming but the more you spend it, the better it would be for you to understand it.

Winkie is a cool and unique name for your Maine Coon. It can also be related to if your cat is fast and is gone out of your sight in just a single wink.

Duchess is one of the most suitable name if your furry friend is a spoiled one. Duchess and princess are assumed for being spoiled and not friendly when they are at a young age. However, this may not be the case but would make you feel as if your Maine Coon is a royal and treats you like its butler by its mischiefs.

This doesn’t need an introduction or an explanation. Who wouldn’t know about the characteristics of Tom from the famous show Tom & Jerry. Being always on the run and only has one goal to catch Jerry without considering the troubles he faces.

The show has given us some one of the most beautiful moments of our childhood, and this would be a perfect way to dedicate your love towards it.

Yes, you read it right. Versace would suit the best if your Maine Coon has a greyish tone. Not only for this reason, but if your Maine Coon is spoiled and only likes top brands food and toys, then it is a perfect name. What better way to express the two things we can’t afford under a single name.

Fluffy is one of the common name people still like to name their cats. Even if their cat is not fluffy in appearance, the name would make up for it. Fluffy is a cute name for your cute female Maine Coon.

If you have kids who loves to play with your Maine Coon, fluffy would be an easier name for them to call and spent their time with it.

Cats love to bite anything they find. This is a common characteristic found in mainly every cat. If your Maine Coon has taken a bite of everything in your house and wouldn’t leave your shoes alone, Mr. Bitey would suit their personality. Telling their name to your guests would make them aware of what they are getting into.

Cats are very flexible and Maine Coons are especially known for their hunting skills. They love to jump and could even enter any room if they just find a small entrance. Their flexibility is not found much in many other domesticated animals.

Flexi would be perfect name for a Maine Coon who loves to jump and is always up to try new exercises.

This was your complete guide for naming your Maine Coon. All we did was to suggest some fancy names and explaining how to choose a suitable name for your Maine Coon. However, it is your cat so the decision is all yours to the name it what you think you be the best.

Do take the names mentioned above into recommendation. The more options you have, the easier it gets your to select the perfect name. Choosing the name is just the first step, creating an identity for your Maine Coon from that name and training it to respond to it is the biggest challenge.

Good luck for that!