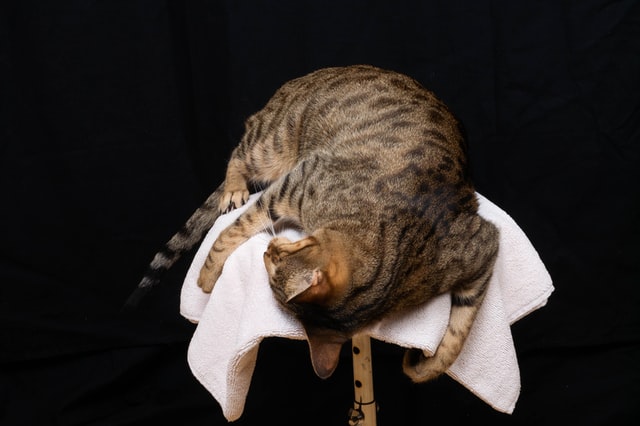 Getting a pet isn’t as simple as it might seem. After deciding on which animal to keep as your pet, you also have to figure out what breed of said animal best suits your lifestyle. Then, of course, a whole new life is entering your life and living space, and you’ll be in charge of taking care of them completely.

No wonder people with pets regard them as their babies. Well, if you’ve already shortlisted the list of which cat breed, the Savannah cat or the Maine Coon, would be best for you, then you’re in luck. In this article, we will be reviewing the differences between the two breeds so that you are able to make the best decision for yourself.

If you’re looking for a synopsis, then this one’s for you. The Maine Coon has been around for much longer than the Savannah cat, with a much richer history. However, the Savannah cat is actually a part of the youngest when it comes to pedigree cat breeds. As the name suggests, the Maine Coon cat first originated in Maine and is known to date back to the 1800s.

Whereas the Savannah cat was bred back in the year 1986, and it wasn’t until the fourth generation that a cat could be considered as a purebred and true Savannah cat. As for the appearance of the two, the Maine Coon is known to have a much fluffier coat combined with a bottlebrush tail that is ringed and ears that are tufted.

While the Savannah cat has a much wilder look as they are a mix of a native African wild cat and a domestic cat. That is not all; based on the hybrid’s generation, the wildness of the Savannah cat’s personality also varies. To be more precise, the Savannah cat has a slim body with long legs and a coat that is short and spotted. Now, let’s get into the nitty-gritty, shall we? Here is a list of all of the features of the two cat breeds using which we can differentiate between the two.

The size of your pet can be a big factor when it comes to choosing which breed to go with. For those who prefer larger-sized cats, the Maine Coon is a great choice as they are known for their big size, particularly when it comes to males. In fact, a male Maine Coon can weigh anywhere around thirteen to eighteen pounds, whether a female can weigh up to eight to twelve pounds.

The fact that Maine Coons are quite fluffy also adds to their large size. A drawback of this combination is that if your Maine Coon were to put on some excess weight, it would very easily be hidden by its fluffy coat, which can become quite dangerous for the health of the cat. Therefore, if you were to choose the Maine Coon, to ensure that you are in check of any excess weight it puts on, you would have to take it to the vet quite regularly.

Savannah cats are also one of the larger-sized cats when it comes to cat breeds. However, their size works a bit more different than that of the Maine Coon. In the case of the Savannah cat, their long legs are what make the cat seem much larger than it actually is. In fact, the weight of the Savannah cat is quite similar to the weight range of any domesticated cat, that is, anywhere around seven to fifteen pounds.

For anyone planning on getting a cat, one of the main concerns is the amount of fur they’ll shed. When taking into account the Maine Coon’s appearance, which is quite fluffy, you know that it often sheds specifically since it has a long guard coat along with two undercoats.

Since the shedding pattern of the two cats is different, the grooming is quite different as well. Due to the coat of the Savannah cat being short and coarse, the grooming requirements of the cat are quite less, which makes it perfect for those looking for a low-maintenance cat between the two breeds? This means that with the Savannah cat, you will only have to brush it on an occasional basis and mainly to remove any dirt hiding within the coat or to help fasten the process of shedding.

This will not only prevent tangling but will also help in reducing the amount of fur they shed and keep their coat nice and shiny. So, if you are looking for a cat breed that is much more low maintenance, in the category of grooming, the Savannah Cat comes out on top. However, grooming requirements don’t just include having to brush your cat.

Rather, it involves ensuring that your cat maintains hygiene, which includes removing things if they happen to get stuck within your cats. This is where the cat’s temperament comes in, and the tables turn. Since Maine Coon cats are known to be quite sweet, their grooming process, though frequent, is quite easy. However, since the personality of the Savannah cat tends to be much wilder, they are much harder to groom in comparison.

The Maine Coon is known to be much more affectionate and doesn’t require a lot of attention. They are known to be quite easy-going, where they can spend a day on their own without issues if left alone. They are also known to mesh quite well in families and can be often seen cuddling as well. So, whether you give your Maine Coon cat attention or not, you’ll find it lounging and just being mellow.

However, this cat breed does tend to take time warming up to strangers. Moving on to the flip side, due to the hybrid nature of the Savannah cat’s origins, the personality of the Savannah cat is much less mellow and much wilder than the Maine Coon. Savannah cats are known to be much more intelligent and athletic. This means that they require stimulation throughout the day with the presence of toys as well as your attention.

If not given the appropriate amount of attention, the Savannah cat is known to take matters into its hands, which isn’t always the best thing for your surroundings. This is because the Savannah cat will then resort to entertaining themselves with methods that are quite destructive.

Due to the wildness and intelligence ingrained within the Savannah cat, they are quite adventurous, which means that they love exploring and are known to be incredible jumpers. So, if you’re looking for a fun and adventurous cat, the Savannah cat is the ideal choice.

However, this also means that you will need to ensure that your house is safe for your cat to explore. You will often find the Savannah cat following their owner around when taking a break from playing. So, if you have lots of attention to give, the Savannah cat will surely demand it.

You might be wondering to yourself why food is on this list of features used to differentiate the Maine Coon versus the Savannah cat when the feeding requirements of most cats are more or less the same. Well, you’ll get your answer in a minute. The category of food is one of the few categories, which consists of more similarities than differences between the two.

Savannah cat debate. Both the cat breeds require meals that are not only frequent but also made of good quality ingredients. However, due to the size of the Maine Coon and the ability of its fur to prevent the visibility of excess weight, it is best that you feed your Maine Coon a special diet. Oftentimes, Maine Coons can also have special diets required for them. Whereas the Savannah cat is able to live off of regular but high-quality cat food that you would usually feed to any cat.

When comparing the overall health of the Savannah cat, you’ll find them to be quite healthy. However, the issues start coming in due to the process of hybridization, which is much more prevalent in earlier generations of the breed, that is, before the fourth generation. These issues also consist of pregnancy-related issues, where the Savannah cat of an early generation can commonly experience stillbirths and miscarriages.

However, the silver lining is that the universal sterility makes male Savannah cats much cheaper. So, if you were planning on neutering the male cat you were adopting, getting a Savannah male cat would be a great idea. Apart from that, the only medical condition, which isn’t due to the hybridization of the Savannah cat is Hypertrophic cardiomyopathy.

This is when your cat has a heart that is enlarged and will therefore impede function, which could lead to heart failure. Moving onto the overall health of the Maine Coon, the health issues within this cat breed are mainly due to the genetic diversity scarcity within the breeding process. Hypertrophic cardiomyopathy is also common among Maine Coons.

That is not all; Maine Coons also commonly have hip dysplasia, which is when the cat’s formation of the hip joint is not done properly within the gestation process. Another health problem that may occur within Maine Coons is known as Spinal muscular atrophy, which prevents the cat from being able to move its rear body. This breed is also prone to developing kidney cysts. So, in the category of health within the Maine Coon vs. Savannah cat, both breeds have their fair share of health problems.

Can you breed the two breeds with one another?

If a cat breeder is able to observe the traits that they require within the breeding program and place merit on those traits, then yes, the two can be bred together, where a Savannah cat can be produced from a Maine Coon.

After reading through all of the ways in which both the cat breeds differ, we are sure that you now have a much clearer picture of what adopting each cat breed would be like. Each cat breed has its own sets of attractive pet qualities and issues. Not to mention that the personality types of the Maine Coon and Savannah cat are drastically different. However, one thing is for sure, both the cat breeds make for incredible pets and are sure to make a place within your heart in no time.