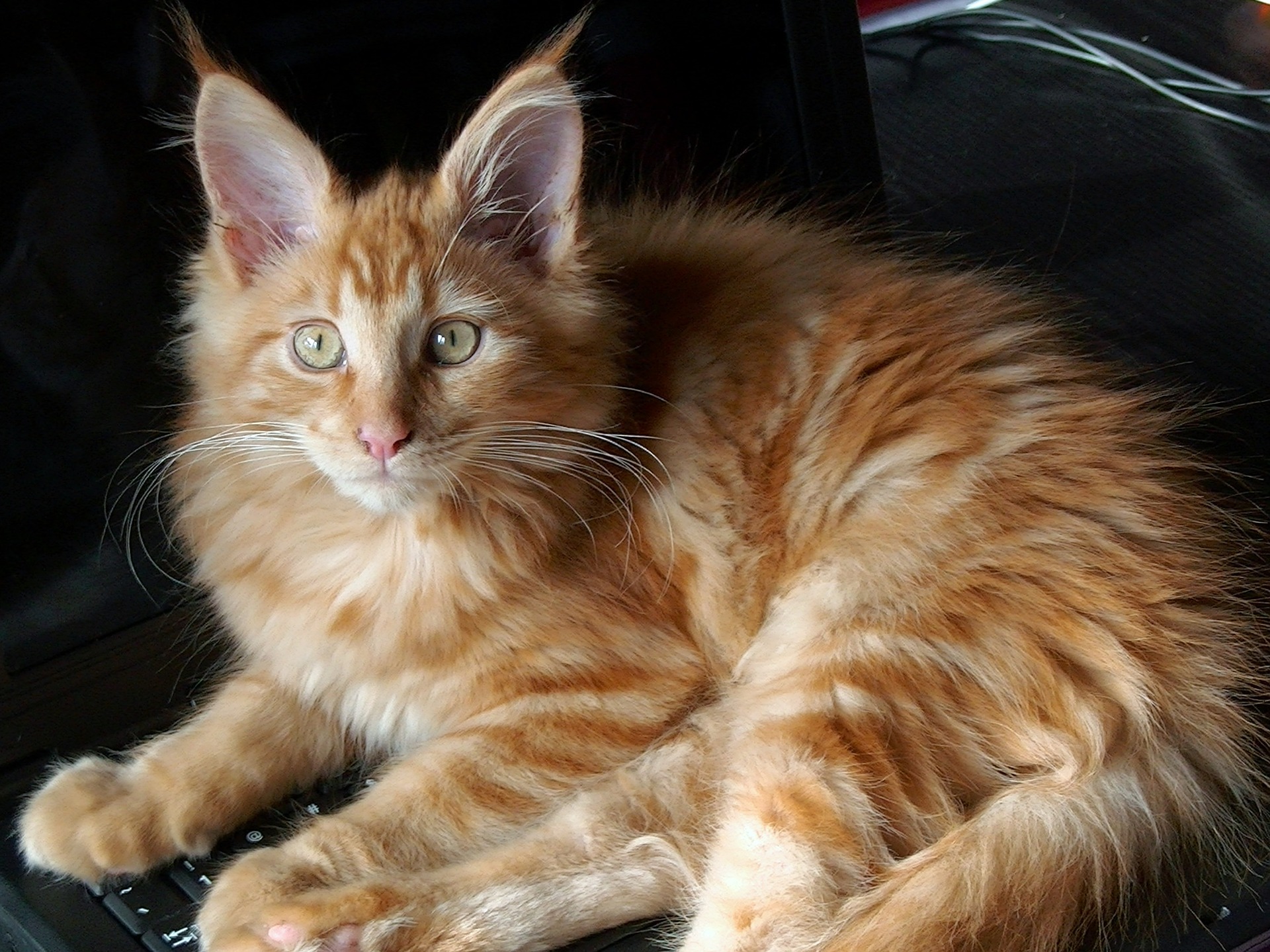 When people think of a Maine Coon cat, they usually think huge. Indeed, Maine Coon cats can be massive. They definitely are one of the largest, if not the largest of domestic cat breeds. However, some equally enormous cat breeds would have an ancestral link to wild cats. In that sense, we can say that the Maine Coon is the biggest.

They are enormous but Maine Coon cats are big sweethearts! People call them “gentle giants” because they are giants in size but also giants in affection. They are like charming oversized babies! Maine Coon cats are so adorably playful. They are naturally curious. It’s always a treat watching them exercising their hunting skills through play.

When we say Maine Coon cats are among the largest of cat breeds, we mean that officially. Not just once has a Maine Coon been recognized for its size. Twice, a Maine Coon cat has gained acclaim for its size. Before passing away in 2013 due to cancer, Stewie held the Guinness record for being the longest cat in the world. He measured 123cm from nose to tail. In 2016, another Maine Coon has gotten this recognition. Ludo holds the Guinness record for world’s longest cat for the 2017 edition at 118.33cm and still growing at 3 years old. However, just recently, another Maine Coon owner from Australia submitted her cat for consideration for the record. Her Maine Coon, Omar, now measures 120cm from nose to tail. Omar is now in the running for the Guinnness record of world’s longest cat.

What is the average weight of a Maine Coon cat?

Omar weighs 14kg at 3 years old. In 2015, Ludo weighed 12.7kg and is now weighing around 16.78kg according to its owner. Both of them are still growing because Maine Coons do not reach full physical maturation until they are 4-5 years old. But they are both supersized Maine Coon cats. So what is the average weight of a Maine Coon cat? Males are generally larger than female Maine Coon cats. The males, on average, can weigh from 15-25lbs (6.8-11.34kg). While females will range 11-20lbs (5-9kg) on average.

Considering the giant size of Maine Coon cats, having a gigantic Maine Coon cat must be so wonderful! Imagine how cuddly they are! They would most definitely be perfect for warm hugs. But having an average-sized Maine Coon cat is not so bad either. Being too huge may have its downsides as well. It may be a bit harder for them to move around and play like Maine Coon cats love to do. Visits to the vet might be a little bit more challenging than usual.

But even though Maine Coon cats are ‘ginormous,’ they are still generally strong and hardy felines. As long as they have a healthy diet for their needs and time for exercise, then Maine Coon cats will live long, healthy lives.  Grains are not a natural part of a cat’s diet. Be sure that a Maine Coon cat’s dry food is the “no grain” variety. Opt for high protein varieties as these are great for a Maine Coon cat’s huge muscular built.