There is a misconception that cats cannot be taught very much. It comes from mutts generally do not want to work for people of their own free will. They prefer to form a relationship with them where everyone is equal!

However, a cat can be a skilful learner despite its wild and proud nature. Learn the secrets of learning together and learn how to train a cat!

Thousands of manuals have been written on how to train dogs. And while there is no shortage of advice on how to train a cat either, you can't assume that it will work for every individual. The feline psyche is very complicated.

Additionally, each cat boasts unique character traits, and there is no simple formula for finding a universal "way" for each individual.

Is it easy to train a Maine coon

Maine coons are very friendly and sociable animals. They love to play and are intelligent: you can even teach them small tricks. Unlike most cat breeds, Maine coon cats are known to like water (much like Bengal cats).

If you only have one Maine coon in your home, it will need your attention. These cats are very social and live in harmony with other animals and children. These cats talk a lot, and their sweet cooing and meowing will accompany you throughout the day. 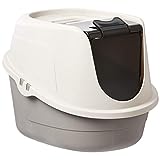 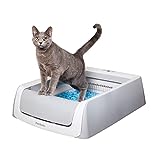 You can easily keep this cat as an indoor-only cat. Therefore, this cat is recommended for working people. However, they are also very active cats and like to move around. Therefore, as an indoor cat, you should provide them with enough opportunities to play and romp around.

Are Maine Coons easy to train? Maine Coons are intelligent cats and enjoy the attention of their owners. It will be possible to train one to a certain degree with time and patience, but it will not be an easy task.

You would probably have more luck training a Maine Coon kitten, but who knows, you might even be able to teach an old cat new tricks!

The difficulties in training a cat

Cats were tamed for pest control - that was the task man saw for them. In fact, however, this was not unnatural for them. Cats, after all, feed on rodents daily. So they were able to do what they normally did, receiving extra compensation from a man in the form of a bowl of milk and a roof over their heads. No effort was made to breed a breed that would perform a different task or help with a specific job. Therefore, no cat serves man as willingly,

Cats, therefore, have never been switched from thinking about their needs to someone else's. However, it is a misconception that they are unable to do so. It is, however, much harder to motivate them to do anything. And that's exactly the point.

How to train a cat

You don't have to be an expert in cat training to be able to teach something to your domestic purr. However, the most important thing is to understand your cat's nature and act accordingly - only this can bring success! You need to know what makes him happy, how he reacts when he's scared or content, and what motivates him to do different things.

These animals are like - they only do what they feel like doing, and that's what we love them for. When training a cat, there are completely different rules than when training a dog. A dog wants to learn new tricks, among other things, to satisfy its owner. A cat will not care about that. A perfect cat will only do something to make itself happy. It may sound a bit selfish, but is it stupid?

The best and only way to teach a cat the desired behaviour is to build positive associations. The cat receives a reward for performing a certain action. The animal learns that their actions have consequences, and if the outcome is satisfactory, they receive a reward. Over time, the cat will choose to perform the same trick to gain something.

Repetition will reinforce the connection between the action and its effect. Of course, in the case of purrs, a reward in treats works best. Petting and kind words are less appealing - these the cat gets when it wants anyway.

The age of the cat: cats are capable of learning at any age, but the moment when they start trying is not insignificant. It will be easier to work with a cat who undertakes intellectual exercises from a young age than with a senior citizen from whom no one has ever required anything.

Fear: with a new cat, or recent changes in the environment, the first thing to do is make the cat feel completely safe and comfortable. Turn off the TV and radio. Without feeling secure, the cat will not be able to focus on playing.

The wrong kind of play: your cat will like some things, not others. You need to learn about his preferences. Careful observation will allow you to determine which exercises may interest your purr and which will seem unworthy of his attention. Training should be fun for your cat - otherwise, it won't work. 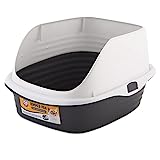 Omega Paw NRA15 Self Cleaning Litter Box Regular Size,Grey
THERE IS A NEWER VERSION OF THIS ITEM THE NRA15-V5.0; Easy to use; Does not require electricity, liners or filters 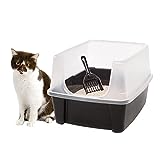 Lack of energy: training requires a lot of energy. A thinking cat can get tired quicker than one running for an hour. That's why you should dose the time of the session. A tired or bored cat will go its own way. He will become discouraged and will not want to undertake it in the future.

Bad timing: the cat has a strict daily schedule. You need to adjust to it. The time after a nap and before lunch will be appropriate. The reward of food would not be so tempting with a full stomach.

Pressure: cats do not hunt in groups. They are solitary hunters. And play is a type of hunting for them. So don't be surprised if another cat comes along. Cats should be trained and played with separately. The interest in training will simply evaporate.

Too quickly: if your cat is not acquiring the desired behaviour, you may be trying to achieve results too quickly. Only patience can produce a positive result.

Illness: If your cat has suddenly lost the desire to play or if you have noticed any changes physically or in character - do not ignore these symptoms. There may be many potential reasons why your cat is less motivated by the possibility of a treat or is not moving as energetically as usual. Investigate the cause with your veterinarian.

Maine Coons are slow and steady cats - they can take up to five years to develop to their full potential, and don't they just grow! Reaching up to 12 kg (or 26 pounds), most Maine Coons tend to tip the scales at around 8 kg (17 pounds, approximately) and can often grow to about a meter in length!

They are also known for their incredibly long, bushy tails. In fact, one of the breed standards is that their tail reaches their shoulders, in terms of length, when pushed over their backs.

Their origins are mostly unknown.

As mentioned above, there are certainly some interesting stories when discussing the origin of the Maine Coon. Some believe that they came across the ocean with the Vikings, while others associate them with Marie Antionette or even Captain Coon, which may have been the reason for their name.

Of course, there is no way to be sure where the Maine Coon came from, other than it is believed that they travelled from Europe and were associated with local domestic cats.

They are very vocal

Often chirp, trill, meow, and purr and make many other sounds that don't yet have a specific name. This wide vocabulary makes for some interesting moments between pets and their owners. In fact, Maine Coon owners often mention that they feel like they are having a full conversation with their kitties!

Many Maine Coon cats have polydactylism

Polydactylism, for those who haven't caught some of the viral photos going around the web, is when someone or something is born with more fingers than is usually in its genetic makeup. In other words, polydactyl cats have extra fingers!

Apparently, up to 40% of the original Maine Coons were polydactyl. However, that number has dropped over time, perhaps due to a lack of inbreeding as the numbers were controlled by neutering.

Don't forget to have fun!

Many cat lovers assume that cats are typical loners, so playing together is unnecessary. Nothing could be further from the truth!

Left "alone," Purrs usually get bored, and then they either eat unnecessarily or start messing around. Playtime should become your daily ritual if you want to train your cat well. This way, you will not only get closer to each other, but first of all, you will solve any behavioural problems - defecating outside the litter box, scratching the furniture, or knocking over flowers.

According to veterinarians, playing together helps the so-called well-being of the cat - the animal is relaxed and less stressed but also more attached to its owner. You will find many gadgets - from plush mice, rubber balls, or strings with feathers. Thanks to them, your little one will become more open and willing to spend time together. You can also try educational toys, such as tunnels, poker boxes, strategy games, or mats, which will develop your cat's dexterity, strategic thinking, and intelligence