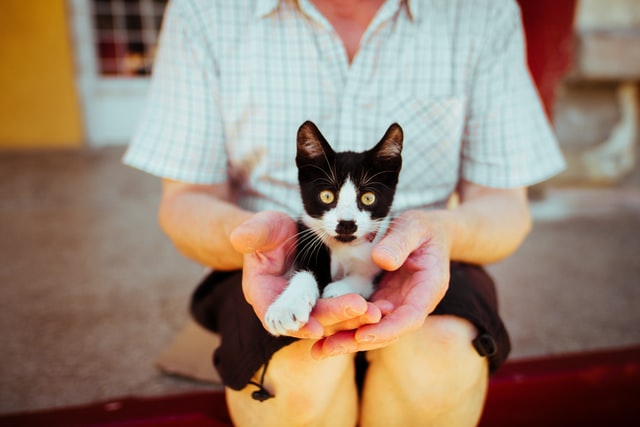 The excitement we always feel anytime we think of having a kitten striding around in our living room, corridors, and all that often make us forget that raising these furry friends comes with its bulk of responsibilities. We’ll have to give commitments. We’ll worry about them.

An endless stream of questions will likely flood our minds, such as: is this water enough for them? Why do they seem hungry? Will it be fine if I leave them alone for this number of hours? Is this behavior normal? And lots more. Just as if you were raising a baby in your house. All these do not have as much importance as knowing when your pet is sick or is likely to be struck with sickness.

Parasitic infection is one of the conditions that can damage the health of your pet. In the long run, even though you take care of your felines, they are likely to develop worms, and it can lead to fatal damage of the health condition if not treated accordingly and, most importantly, preventively. But before we begin to speak of the treatment or prevention, you’ve got to know about these parasites and what to look out for.

(The scope of this article only covers the aspect of worms as regards parasitic infections). Herein is a list of some of the symptoms you can look out for that will indicate the infection of your pet with worm:

Worms shouldn’t be left untreated for a long time (just as in humans), or the effect will be both debilitating and lethal in the long run. The chronic (long term) effects of worms include:

Anemia: This happens because of blood loss, and it is a severe effect because the blood is a tissue that is essential for the sustenance of life, and the loss of it (low blood volume) can cause fatal results.

As said earlier, all the effects of worms aren’t good for your pet, so regular treatment, more like a check-up, is a requirement for all felines. It is essential to know the different types of worms because each may have a particular treatment method highlighted below.

Types of Worms in Cats

Whipworms resemble tiny thread pieces, with enlargement on one end of the worm. These live and breed (lay eggs) in the intestine of your cat and are later passed out in feces, though they are microscopic. Then they spend around two weeks on land developing to become infective embryos that are once again consumed by your cat and continue their life cycle.

Whipworms have adaptability for survival from a few months to a few years, and their eggs can be present in food, water, soil, animal flesh, feces, etc. Therefore animals are susceptible to infection as a result of poor hygiene.

One of the most common worms that can infect your pets is one of the first that comes to mind anytime we hear the word worm. It can infect cats of all ages and is usually picked up in an unclean environment. You may see adult roundworms in your cat’s feces or vomit. They may have a white or light brown color, and their length can be up to several centimeters.

Eggs of ringworms are passed in feces and can remain viable in the environment for a long time, even up to years. These eggs can infect other cats either by directly ingesting contaminated materials in the background or by eating a prey (rat in particular) that has been infected by eating the eggs of roundworms.

Hookworms are similar to whipworms in light of their small size, which is microscopic as hookworm. They have a characteristic effect in that they can cause damage to the intestinal lining where they attach, which can lead to weight loss, bleeding which ultimately leads to anemia.

This is a bit different from the other parasites because it is a protozoan rather than an actual worm. They can cause an equal amount of damage to your cat, as do worms. It poses a significant threat to your cat because it can cause severe diarrhea.

Even if it is a shortlist of worms, it wouldn’t be complete without commenting tapeworm. They resemble small pieces of rice and can be found in the cat’s feces or the rear region. To complete their development, all tapeworms require an intermediate host first to eat the eggs, and then your cat can become infected by eating the intermediate host.

The intermediate host could be fleas or small rodents, mainly rats. Since fleas carry worms, you should deworm your cat, and it is pretty easy and safe to treat your cat for both flea and worms. Now that you have gotten an idea of what worms are, their types, and how great havoc they can cause, it is expedient that you should also have a picture of the necessary steps to prevent these actions.

There is no other step to take than deworming, and the substance given to the pet is a dewormer. A dewormer is any substance that kills intestinal parasites once it is ingested. Another name for these medications is also called anthelmintics which are any medication that fights off and expels worms.

Cat dewormers mode of working depends on the type of worm in the intestine of your cat. The medication will break apart the tapeworm’s egg until they are rendered inactive if it is a tapeworm. If it is roundworms, it paralyzes roundworms making them lose their hold on the intestinal wall and be washed away and expelled in their stools.

Despite these dewormers being very good, one thing that may serve as a bane is the cost of affording them. This leads us to ask the question as to whether there are cost-effective ways of deworming cats. And the good news is that there are. There are natural options that have proven beneficial in the bid to deworm cats. So let’s take a look at these natural dewormers.

There is one crucial fact to note about natural dewormers is they do not necessarily kill worms. Still, they help create an environment in which the worms cannot survive, making it hostile for parasites to thrive, which means that natural dewormers are best as preventive measures against future parasites that they are exposed to. Having this understood, we’ll now be able to see some of them.

They are excellent natural dewormers for cats. They contain an amino acid that paralyzes active parasites and therefore help in terminating them. All you need is to grind up the seeds and add 1/4 cup to your cat’s meal daily. Another thing about this dewormer is that it also contains proteins, minerals, vitamins, and fibers.

This has been noted as the most successful natural dewormers, and it also goes by the name fossil shell flour. It is not only used as a dietary aid for farmers and gardeners but also as a dewormer. They absorb lipid from insects and kill them by dehydration. You must get it from nursery or garden.

Mix about 1/2 teaspoon into wet cat food and do this for about four days in a row. It is essentially tasteless, so your cat won’t notice. Check your cat’s feces for worms and repeat the treatment after two weeks. If there is no problem, you can continue this monthly.

Coconut oil has diverse effects in maintaining the excellent health status of the pet. Coconut oil enables the cat’s digestive system to convert lauric acid to monolaurin, a supposed natural deworming agent. Coconut oil is said to be able to cure some intestinal parasites, but the significant effect is the prevention of future parasitic infections. You can check with your Vet to get advice before you start using it.

The parasite can survive on a host is to feed on the host as long as the host is feeding. Your cat can survive a day without food, but the worms can’t. This may seem harsh in a sense, and there are other ways to deworm, so you can always treat this method as a last resort.

This method is a reputable one in that it creates an alkaline environment in the intestinal tract, this can impact any active worm in the intestine of the cat, but one concern about it is that daily usage of it can be harsh on the kidney and can potentially worsen underlying issues you aren’t aware of.

Another natural dewormer is garlic. Put Mid-fresh, minced garlic into your cat’s meals once a day. Though it is essentially preventive for parasites, it can also kill insects and parasites. You may need to start with minimal amounts of garlic so that your cat won’t refuse to eat.

These and many more are natural ways by which we can ensure the good health of our cats by preventing them from being infected. It is advisable to check with the veterinarian before taking the approach. Above all, a healthy environment is equivalent to good health status.