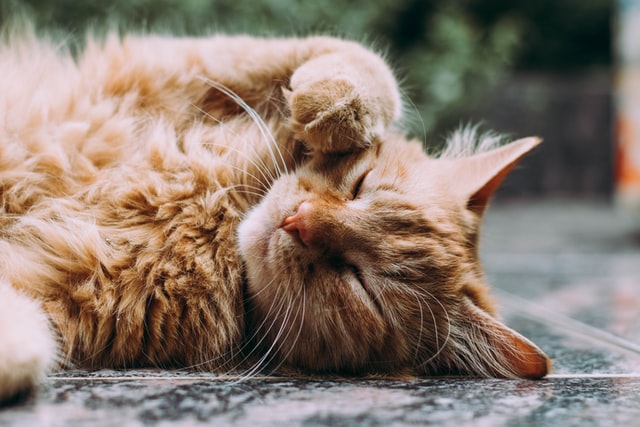 You are probably thinking of getting a cat, and you want both the Maine coon and the Napoleon cat, or Minuet cat as it is now called, but you can only get one. Understandably, both breeds of cats are beautiful and so lovely, which is why choosing one of them is proving difficult. You don’t want to pick one over the other.

This article differentiates each of their unique features to help you choose which suits you better for now, until you can accommodate more cats, and then you won’t have to go through the horrible process of choosing again.

Both the Maine coon and the Napoleon cats are beautiful, and long-haired although some breeds of the Napoleon cat are short-haired, and they’re both bubbly, fun-loving cats. Also, they come in various colors, yet each is unique in its way.

It is speculated that the Maine Coon originated from Maine, hence its name, the origin of the Maine Coon is surrounded by a lot of theories, and we believe this mystery attracts some to this lovely cat.

The Minuet cat, on the other hand, is a mixed new breed. The first breed of the minute was created in 1996 because of Joe Smith’s interest in creating more short-legged cats, but the short gene in some cats is recessive, so we have both short-legged and long-legged minuets.

Minuets are a mixture of munchkin and Persian. This explains their short legs and striking appearance. Due to their short stature, they were initially named after Napoleon Bonaparte before the name change in 2015 to Minuet.

Maine coon cats are the largest domestic cat breed, they can get really big in size their males are usually 15- 25 pounds, while their females weigh between 8 and 12 pounds, and although they have short legs, their legs are longer compared to the short-legged Minuet cat breed.

They reach their adult growth between 3 and 5 years, and Maine coon cats have a stunning appearance. They have smiling faces and beautiful long ears, and their coat is so beautiful, they come in a wide variety of colors.

The Napoleon cat is muscular, like the Maine Coon. They’re medium in size and vigorous, with a low-slung body, featuring a round face with big round eyes set moderately apart, their ears ranging from small to medium-sized.

The Napoleon cat has luxurious, plush fur that can be either long or short, and they also come in a wide variety of colors and patterns. They are usually 5-9 lb.

When you talk to your cat, be sure to get a response from the Maine coon, they’re usually vocal, they’re also trainable, they can learn tricks and other fun stuff. Maine coon are also very playful, and they’re good at entertaining themselves. They’re playful, sensitive, loyal, and intelligent. Although they may be shy at first, especially the females, they warm up to people quickly.

Also, the Maine coon have a very strong instinct of protection towards infant and children, you can trust them not to hurt children, which is why they are an excellent choice for the family pet.

The Napoleon cat is a social cat, which is why they’re an excellent choice for families, especially ones who spend time together indoors as they don’t like being left alone. These cat breeds are a playful lot with an expandable amount of energy. Although they’re adaptable due to their mixed breed, a minuet can be gentle when necessary and super active when needed.

They’re intelligent and docile, which makes them easy to train. Start training them early, and they’re sure to impress you.

So if you’re an active person or you prefer a serene day, a Minuet can be that for you. Also, they’re friendly with humans, other cats, and other animals.

The coat and grooming

A Maine coon has a lot of furs. They are long-haired and are prone to matting, so their er has to take a lot of care to keep their coat clean and groomed. Their fur is water-resistant, so they quickly dry up after a bath or when caught in the rain and require daily brushing to keep their fur looking sleek.

Some variations of the Minuet are short-haired while others have long hair and the grooming requirement of each differs. Those with short hair do not need to have their fur as frequently brushed as those with long. While you can brush short-haired Napoleon cats weekly, the long-haired breed needs to be brushed nothing less than three times a week, it would be best if you got your Napoleon cats used to bathe.

Maine coon cat breed is more prone to health issues that afflict cats like hip dysplasia, hypertrophic cardiomyopathy,  feline lower urinary tract disease, and spinal muscular atrophy. Their diseases are usually genetic, although not all Maine coons experience these diseases in their lifetime. They’re usually a healthy breed, and they live an average lifetime of 12-15 years.

Napoleon cat breed also is generally healthy, and except for the frequent bouts of sickness all cats face, there’s hardly any reason for emergency trips to the vet.

But because of their mixed breed, they are liable to diseases their parents suffer from, for instance, polycystic kidney disease that the Persian suffers from, or others like cataracts and lordosis. Also, they have a lifespan of 12-15 years, the same as the Maine Coon.

Minuets are some of the rarest cat breeds globally, which makes them expensive to purchase. Their outward appearance also affects their price, eye color, coat quality, shape, and color, especially those with rare colors.

Maine coons are also quite pricey because the demand is more than the supply. Also, breeders spend a lot of money breeding them, so they try to earn their money back.

The Maine Coon cat breed has been reputed to be very hygienic cats. They love their hygiene and consistently take the necessary precautions to ensure that they stay clean, including water. They love playing with water, and unlike other cats, are excellent swimmers.

Their coat particularly needs constant grooming, and they enjoy it, especially if you’ve been grooming them since they were young.

The Minuet cat breed can’t clean themselves very well due to their short legs, so their hygiene is not as good as the Maine Coon cat breed. Also, they don’t like water, but if you’ve groomed them to bathe from a young, they won’t give you a problem in that aspect.

Both cat breeds shed a lot, although the Maine coon shed less than expected of it as per its fur. They both shed all through the year, but mainly during spring and fall. That’s when they shed the most.

They can both start shedding at an early age, but they will be entirely shedding their adult coat when they’re about 3 years of age. As long as you brush them regularly, it prevents their hair from matting and formation If too many hairballs.

Maine cats are not hypoallergenic, so if you’re sensitive or you have allergies, you should not consider a Maine coon as a pet. They have a high quantity of the protein Fel d1 in their saliva, glands, and urine, and since they’re in the habit of grooming themselves, they tend to spread the protein around their entire body.

So if a person with super sensitive immune strokes a Maine coon, it is very likely that they will have an allergic reaction. Also, the allergens are sticky and light. They can stick to any surface, and when the cat sheds, they become airborne, so inhaling the air in the same environment can also cause an allergenic reaction.

No cat’s been proven to be 100% hypoallergenic because they have dandered at times and shed too. Also, all cats have the protein Fel d1. This is why if you are allergic, you shouldn’t adopt a cat. You can love it from afar.

Both cat breeds are lovely, great family pets. Both enjoy love, attention, and the Maine coon especially loves communication. Because of its genetic makeup from the two sides of the spectrum of quietness and activeness, the Minuet can easily be seen adapt to whatever mood you prefer. Maine coons are also very cuddly.

However, the primary thing to consider is your preference, which of the cat breed’s characters is more suited to your lifestyle. Carefully determining this will help you make the right choice of which one to adopt into your life.

But don’t forget, whichever one you choose is the right choice, they’re both lovely cats, and we know if you could, you’d instead get the two.