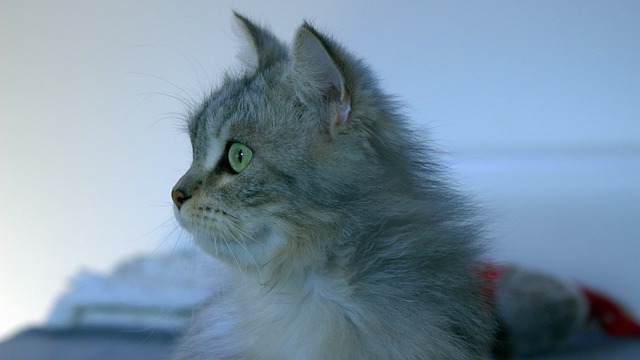 Cats are known to be notoriously independent creatures, and Maine Coons are no different. However, there could be a number of reasons why your Maine coon is not being affectionate with you. Perhaps they just got spooked by something or they’re feeling a little under the weather?

In this article we’ll discuss some of the most common causes for lack of affection in Maine Coons as well as what you can do to help them out!

By nature, Maine Coon are very affectionate cats, especially with their owners. However, there’s nothing wrong with a Maine Coon being standoffish from time to time as this actually reflects their independent nature and can be quite adorable when they’re looking all aloof!

Maine coons are very intelligent and have been known to learn tricks such as fetching objects up high or opening doors for themselves (if you’ve got one of these smarties at home then make sure you teach them not to do the latter!).

They also like spending lots of quality time grooming themselves so if your Maine coon seems distant it might just be that he/she is in need of some ‘me’ time!

If your cat still doesn’t seem affectionate despite having spent plenty of quality alone-time, then it might be a good idea to take them to the vet just in case something is physically wrong.

Let’s take a look at some reasons to why your Maine coon is not affectionate.

You Are Loud Around Them

One of the most common reasons Maine Coons may not be affectionate is if you are too loud around them. Cats in general are very skittish creatures and don’t like sudden noises or movements. This can include things like yelling, clapping your hands, or even making abrupt sounds with your voice.

If you’re trying to get your cat’s attention and they’re not coming over, try doing it in a more subdued way instead!

They Are Not Well

If your Maine coon seems lethargic or isn’t as active as usual, it could be because they aren’t feeling well. Signs that your cat might not be feeling well include being less vocal than normal, refusing to eat or drink water, and having a generally poor appearance. If you think your cat might be sick, take them to the vet as soon as possible for a check-up!

They’re Afraid of You

It’s also possible that your Maine coon is afraid of you. This can happen if you’ve been too rough with them in the past or if they just don’t have a good relationship with you. In order to help build up trust between you and your cat, try doing some positive reinforcement exercises like giving them treats or petting them when they come near.

With time and patience, your Maine coon should start to warm up to you more!

They Are Jealous Of the New Pet

As Maine Coons are very territorial creatures, it is possible that your Maine coon may become jealous of a new pet in the home. If you’ve recently adopted an adorable puppy or kitten then this could be why they’re not being affectionate! Try to spend some time with each one individually so they can get used to each other and maybe even start developing friendships together.

You Are Not Respecting Their Personal Space

If your Maine coon is not being affectionate, it might be because you are invading their personal space. Cats like having their own designated areas where they can relax and feel safe, and if you’re constantly encroaching on that space then they’re going to become defensive. To help avoid this, try to give your cat plenty of room to roam around the house and always respect their boundaries!

Of course, another possibility is that your cat just doesn’t like you! While we don’t want to say anything too mean about our feline friends (they do look cute after all), there’s always a chance that he/she might have developed negative feelings towards you for whatever reason.

This isn’t necessarily out of spite; cats can be quite fickle creatures and may just not have the same personality as you. If this is the case, there’s not much you can do except try to build up a better relationship with them over time.

It’s Just Not Their Personality to Be Affectionate

It’s also possible that your Maine coon is just not a very affectionate cat by nature. This doesn’t mean there’s anything wrong with them, it’s just their personality! Some cats are cuddlers while others prefer to be more independent – and that’s okay! As long as they’re happy and healthy, don’t feel bad if your cat isn’t always in the mood for some love and attention.

Many cats who have been abused or mistreated in the past may also be less affectionate. If you’ve adopted a cat from an animal shelter, it’s possible that they had a traumatic experience before and therefore don’t want to get too close to humans.

If your Maine coon shows signs of fearfulness when around new people then try not taking them out as much so they can build up some confidence first! It will take time for them to learn how great life is outside their cage but with patience and plenty of love, your cat should start opening up more over time.

May be You Are Just Reading Their Behavior Wrong

It’s also possible that you’re just reading your cat’s behavior wrong! Some cats are more affectionate than others and have different personalities, so don’t feel like there is anything wrong with them. While it can be fun to give our kitties a few kisses on the head or rub their bellies, some Maine coons might not appreciate it as much because they aren’t very touchy-feely by nature.

Maine Coons like to be independent, but they still enjoy spending time with their owners. In fact, Maine coons have been known to follow their family members around the house! If your Maine coon is not being affectionate towards you then it might just be because he/she prefers some space from humans in general – which is perfectly fine too!

The most obvious sign of Maine Coon affection is by cuddling with you. Whether it’s on the couch or in bed, a lot of owners find their Maine coons getting up close and personal very often! It might not seem like much but believe us when we say this will make your day better – so don’t hesitate to ask for some extra snuggles whenever you’re feeling down!

Slow Blinking Means They Love You

Another way that cats show their affection is by blinking slowly at you. This might sound strange to us humans but in the cat world, it’s a huge sign of love! If your Maine coon starts doing this when they’re around you then it means they really care about you and want to let you know.

They Rub Against Your Legs

One of the most common ways cats show their affectionate nature is by rubbing themselves against your legs. This might not seem like much but it’s actually a big deal for them – especially if they do it every time they see you!

It might feel weird but try not to shoo them away; instead, enjoy the moment and give them a pat on the head for being so loving.

Purring Means they’re Happy with you

One thing to note is that when cats purr, it usually means they’re happy with you! So if you see your Maine coon purring away next to you, know that they’re just letting you know how much they appreciate everything you do for them. It’s a really special moment and one you’ll definitely cherish for a long time.

Some cats will also lick you as a sign of affection. They may not lick you that much but it can still happen from time to time – so if your Maine coon starts licking your face, know that they really love and appreciate you!

If you Maine Coon follows you around the house then this is a clear sign that they are affectionate towards you. There can’t be a biggest show of affection then with your Maine coon wanting to be with you at all times.

Cats are known to sleep around their family members because they feel safe and secure. If your Maine coon always sleeps near you (whether it’s on the bed or pillow) then know that this is a big sign of affection! It means that they want to be close by at all times – which can be cute but might also mean that your cat refuses to sleep anywhere else.

They Lift Their Tail

Lifting their tail up can mean that they’re happy, relaxed and most importantly, comfortable with you. So if you see your Maine coon’s tail up in the air, know that they’re really happy to be around you!

One of the best ways to show affection is by playing with their owner. Whether they’re chasing you around or jumping on your lap, Maine Coons will always love it when you play with them – so if your Maine coon comes running towards you whenever he/she sees a toy then know that this means they want some fun!

How to Make Your Maine Coon More Affectionate?

Now that you know what it means when your Maine Coon acts affectionate, the next question is – how can you make them more affectionate in general? It’s not easy but there are still some things you can do!

Play with them every day

One of the most obvious ways to get your Maine coon to show love and appreciation is by playing with them every day. This will help strengthen the bond between the two of you and make your Maine coon more affectionate overall.

Another way to get your Maine coon to show affection is by giving them treats! Cats love getting rewards so if you start feeding them small bits of food every time they show love and appreciation to you, they’ll display more affection overall.

Give Them Their Own Bed

Another way is by providing them with their own bed! This will make your Maine coon really happy because it means that they have a safe place where they can sleep (and also cuddle). . Give Your Main Coon Attention Last but not least is by giving your Maine coon the attention that they need!

Cats like getting love and affection from their owners so if you start paying more attention to them, it’ll definitely make a difference.

Yes, in normal circumstances, Maine Coons are very affectionate and love to be held by their owners. So if you’re ever feeling down, don’t hesitate to give your Maine coon a nice cuddle – it’ll definitely make your day better!

There isn’t a big difference. Both male and female Maine coons have their own unique personalities. Some male Maine coons might be more affectionate than some female Maine coons, but it really varies from cat to cat. So the best way to know is to observe your own cat’s behavior and see how they act around you!

In conclusion, there are many reasons why your Maine coon might not be affectionate towards you. It could be because they’re just an independent cat by nature, they’ve been abused in the past or you’re just reading their behavior wrong.

However, most Maine coons do like to show their affectionate side through cuddling, blinking slowly and rubbing against your legs! So don’t worry if your kitty isn’t always being affectionate – chances are they still love you very much!